Twitter is integrating podcasts into its platform as a part of its newly redesigned Spaces Tab, announcing another way the social media network is continuing to invest in audio creators. 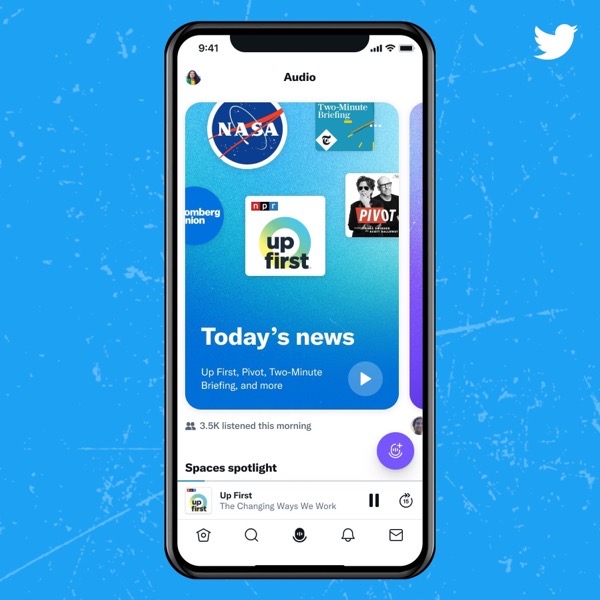 We’re continuing to build a home for audio conversations. Welcoming podcasts to the family! https://t.co/rIGqcvr0fB

Twitter listeners will now be able to easily access a more personalized selection of live and recorded Spaces discussing the topics that are most relevant to them.

These new hubs will also feature the most popular and engaging podcasts from around the world. For example, if someone regularly interacts with Vox content on Twitter, they’ll probably see a Vox podcast in a Spaces hub.

“Vox Media has a rich array of popular podcasts across many categories, and we’re thrilled that Twitter is expanding its audio capabilities to help more listeners discover them,” said Ray Chao, general manager of audio at Vox Media.

The reimagined Spaces Tab, including the addition of podcasts, is now rolling out to a group of global English-speaking audience on iOS and Android.