Twitter is Down in Canada, Users Can’t Login on the Web 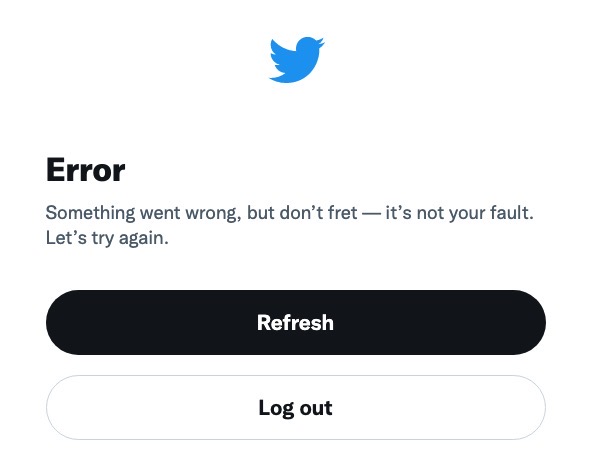 Twitter is down right now for some Canadians, as many are unable to login, while others cannot see current replies or likes.

On the web, Twitter.com doesn’t even load, aside from an error message that reads, “something went wrong, but don’t fret—it’s not your fault. Let’s try again.” After clicking the “refresh” button, nothing happens.

Those already signed into the Twitter iOS app, all seems to be working as normal, according to our tests. Many on Down Detector have also noted Twitter is down at the moment. Alas, time to get another cup of coffee if you’re waiting for Twitter to go back online.

We’ve fixed a technical bug that was preventing timelines from loading and Tweets from posting. Things should be back to normal now. Sorry for the interruption!

Update Feb. 11, 10:29am PT: Logging out and logging back in works again on the web, as the error page no longer shows.