Twitter has just announced a rebuilt version of their mobile site, to reflect a better experience for smartphones like the iPhone. I rarely ever use the mobile version of Twitter, as like the rest of you I stick to notable third party clients like SimplyTweet or TweetBot.

Today, weâ€™re starting to roll out a new version of twitter.com for mobile devices. This web app allows us to provide a high-quality and consistent Twitter experience on high-end touchscreen devices â€“ whether or not an official Twitter application is available. It was built from the ground up for smartphones and tablets, which have more advanced browsers that support the latest web technologies, including HTML5 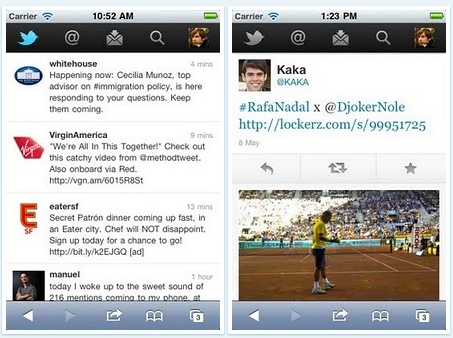 This web version will have all the features required to use twitter including your timeline, @mentions, and more. It will also feature some touch gestures.

This new mobile version is being released slowly to iPhone and Android smartphones in the next couple weeks, and so far I haven’t seen the changes yet when visiting twitter.com in Mobile Safari. Let me know if it works for you.