A Twitter moment titled “The great AirPods disappointment of Christmas 2019” has compiled some of the best tweets that reflect the sadness of people who got ‘fake AirPods’ for Christmas. Lots of people seem to have received Skypods, Smartpods, Souljapods and every other pod possible, except the coveted AirPods (via CTV). 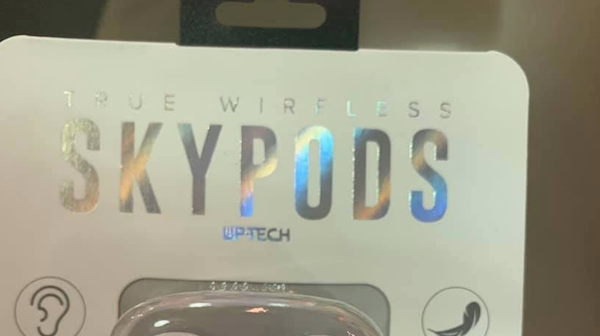 Users have shared how they had specifically asked for “AirPods” and then attached photos of the imitation brand they had received instead. Some users also shared their sadness over their siblings receiving the Apple product instead of them.

The following tweet offers a good example, showing Baby Yoda holding a pair of socks with the caption “Me watching my brother get AirPods and an Apple Watch while I get socks.”

Me watching my brother get AirPods and an Apple Watch while I get socks pic.twitter.com/iJGgsV4msF

Check out some more interesting tweets from the Twitter moment here and let us know whether you received a pair of fair AirPods for this Christmas too.