Twitter to Live Stream 2019 PGA Tour in Canada and Beyond, Again

Twitter and the PGA Tour have announced an expanded agreement to live stream close to 140 hours of live competition on the social network for the 2018-2019 season, from 28 tournaments. Last year’s deal saw half the coverage at over 70 hours. 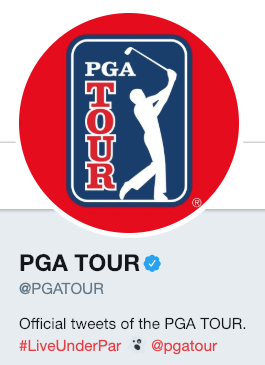 The new multi-year deal—which will again see Canadians have access to live coverage—will stream the first 60-90 minutes of the morning hours of the first four rounds of the PGA Tour’s over-the-top subscription window, globally.

This time around, Saturday and Sunday morning coverage “will result in the most live PGA TOUR content ever offered on Twitter,” explains a press release.

Kay Madati, VP and Global Head of Content Partnerships at Twitter, said in a statement, “We saw tremendous excitement and growth in 2018 around golf conversation and sponsor enthusiasm for PGA TOUR content on Twitter. This year, we will reach and continue to serve highly engaged golf fans every day throughout the PGA TOUR season by pairing those conversations with live programming and real-time highlights, all in one place on our platform.”

The first Twitter PGA Tour live stream will take place at the Desert Classic in Palm Springs, California, on January 17-18. Season coverage will continue until the final TOUR Championship in August.

American Express Canada and Metrolinx have just enabled tap-to-pay functionality on eligible PRESTO devices for GO Transit and Union Pearson (UP) Express in the Greater Toronto and Hamilton Area. Cardmembers can pay for their adult transit fare with a contactless-enabled American Express Card, mobile wallet, or payment-enabled smartwatch. To make for a seamless experience, Cardmembers...
Usman Qureshi
2 mins ago

WhatsApp is finally rolling out the ability for users to leave group chats silently without notifying all members of the group that they are no longer part of the conversation. When you leave a WhatsApp group silently, only the group admin will be notified that you have left the chat. Meet leave groups silently 👋...
Usman Qureshi
45 mins ago

Display Supply Chain Consultants (DSCC) analyst Ross Young has claimed in a tweet posted earlier today that Apple is planning to launch a 27-inch mini-LED external display in Q1 2023, MacRumors is reporting. Presumably talking about the first calendar quarter of 2023 i.e. the months from January to March, the analyst noted that Apple had...
Usman Qureshi
56 mins ago