Twitter’s new ‘Popular Articles’ feature has just gone live globally on iOS and Android, which shows you the most shared stories in your network. As pointed out by BuzzFeed, the new feature is a clear aim at the popular Nuzzel app, albeit its not nearly as good as the later. For those who don’t know, Nuzzel is a small but quite popular app that creates a news feed based on what your friends are reading on social media. 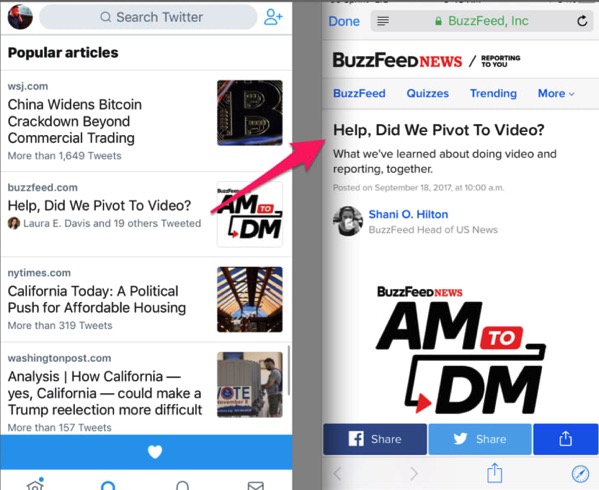 The Popular Articles feature curates a list of stories people you follow on Twitter are currently tweeting about, or otherwise engaging with. It also shows links to articles popular in your particular location. When you click or tap on a story headline, the article opens in the Twitter app. Unlike Nuzzel however, it does not show you who tweeted the link, when they tweeted it, and what kind of additional commentary they added.

The Popular Articles tab looks a lot like Nuzzel, an app that provides similar, but more robust functionality. Twitter, long an underdog in the social media world, appears to be learning from its much larger rival Facebook, a company that has ruthlessly copied competitors like Snapchat and Houseparty, leading to its informal internal slogan: “Don’t be too proud to copy.”

To locate the new feature, you’ll need to tap Twitter’s Explore tab, scroll down past “Popular in General News” till you find Popular Articles.

Samsung's annual Unpacked event is being held tomorrow, February 1st. Unveiling the latest flagship devices, including the Galaxy S23 series. It's likely that there will also be other surprises to be had. Here's how you can watch the digital live-streamed event and not miss a moment. Each year, Samsung hosts its Unpacked event and reveals...
Steve Vegvari
48 mins ago