Twitter Welcomes the Holy Month of Ramadan with Emoji and More

The holy month of Ramadan is a great time for 1.6 billion Muslims everywhere to use Twitter, and welcoming the blessed month, the company is launching several initiatives to make Twitter more fun and useful every day during the ninth month of the Islamic calendar. Available globally, Twitter has launched an emoji for Ramadan again this year, and has extended this fun form of self-expression to Periscope as well. 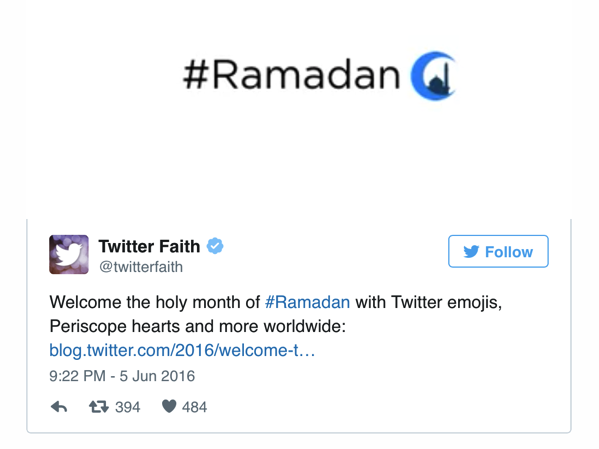 On Periscope, users can add any of the hashtags below to the title of their broadcast so when people tap the screen, the hearts will transform into crescent moons. This is Periscope’s first-ever custom heart designed for Ramadan.

In the Middle East, people can use Twitter to get daily reminders for Iftar and Imsak times. Simply follow and Tweet to @Alarabiya_Live with #??????? and #cityname hashtags and you’ll receive a reply Tweet with the timings for that day. In addition, many broadcasters across the Middle East will be sharing their content from their Ramadan series on Twitter, including show timings, TV star Q&As and show recaps. You can get the list of accounts here. 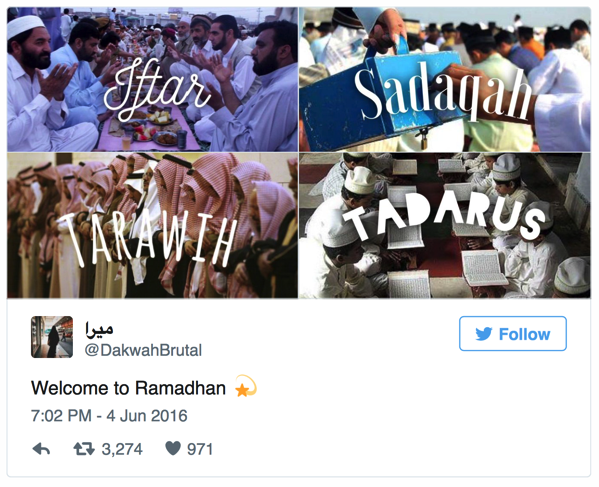 To all of our Muslims friends, may you have a blessed and peaceful Ramadan.