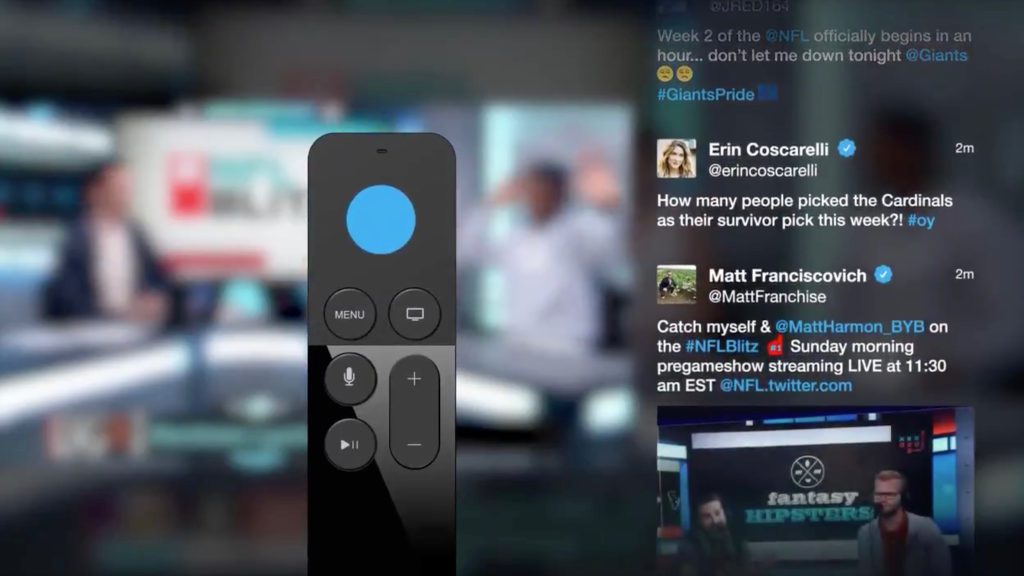 In the latest version of Twitter for tvOS, the social media company has brought a new feature that will give you the power to tweet replies to live Twitter videos on your Apple TV via a connected iPhone or iPad.

In a tweet today, the company announced the ability to browse Twitter on the set top box while watching your favourite content. Users can now easily tweet with a Handoff-style connection from an Apple TV to an iOS device.

Connect your Apple devices and Tweet while you watch! Update to the latest Twitter app for Apple TV. pic.twitter.com/72FV2fWOAZ

The option only seems to work with Live Twitter broadcasts, and the various swipe and click gestures take a while to get used to. Still, the ability to comment on live videos you’re currently watching could help increase user engagement.

Amazon today announced at its special event an update to its best-sounding Echo speaker, the Echo Studio. This speaker is now available in Glacier White, joining Charcoal, while it also gets some enhanced audio technology updates, that will be available for all existing and new users. New custom spatial audio processing technology and frequency range […]
Gary Ng
26 mins ago

Apple's new Crash Detection feature, available on iPhone 14 and the company's latest Apple Watch models, is designed to automatically contact emergency services in the event of a severe car crash.  However, it can sometimes mistake a rollercoaster ride for a car crash (via Reddit). One Reddit user found this out the hard way when...
Nehal Malik
43 mins ago