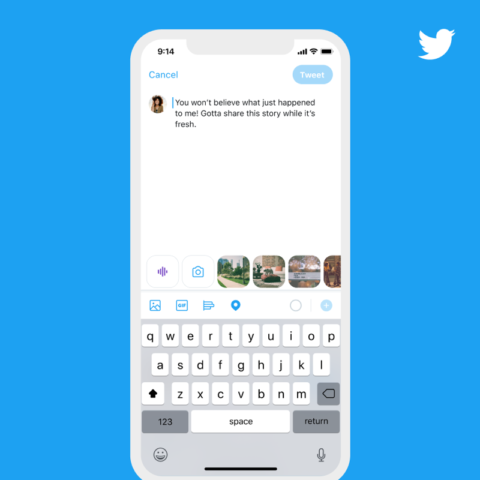 Twitter is expanding the number of iOS users that can begin taking advantage of their ‘voice tweet’ feature. Back in June, the social media platform began a limited run phase of a new feature allowing users to draft a tweet with their voice.

For those iOS users who find themselves now enabled to use voice tweets, they can start by selecting the tweet composer icon. From there, they can select the wavelength icon. This will bring up a page with the user’s profile picture and a record button. After selecting that, the user can begin speaking to create their tweet.

Hear us out: we’re testing a new way to start a conversation. pic.twitter.com/sZTHwyqaIF

Since the feature is still so new to the platform, Twitter is listening to user feedback in order to make the feature better upon a mass rollout. In addition to expanding the amount of iOS users able to use voice tweets, Twitter is looking at how it can make it better from an accessibility standpoint.

Twitter notes that it is continuously working on improving transcription for both audio and video.

Transcription for audio and video is part of our larger plan to make Twitter accessible for everyone across all features, both existing and new.https://t.co/c9LTPiE003 (2/2)

In a blog post, the company says that the introduction of voice tweets has “made us realize how much work we still need to do as a company.” To do so, Twitter is building out two teams to help the platform become more inclusive. The first is The Accessibility Center for Excellence, who will “goals, drive progress, consult and partner with groups across our core business functions to help make aspects of Twitter more accessible.” The second is The Experience Accessibility Team who is said will “work within our product org on new and existing features and products, providing resources and tools that promote greater accessibility on the service.”

When voice tweets first launched, Twitter received crucial feedback on not having audio transcriptions. Twitter has now said automated captions to audio and video will be available by early 2021.