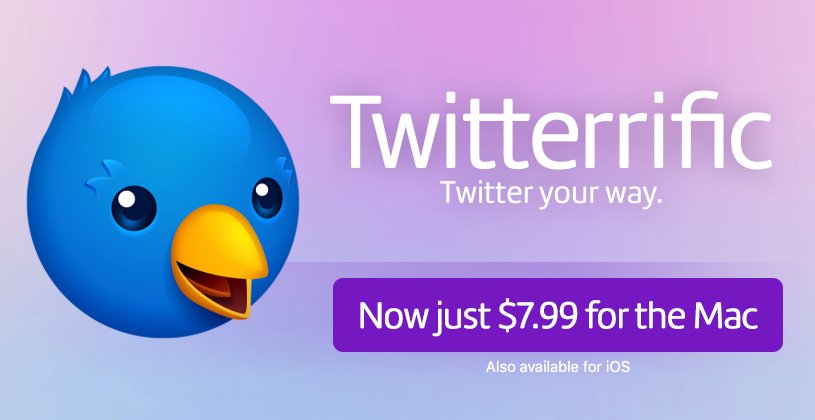 Just one day after Twitter announced that it pulled and will stop supporting its app for macOS, Twitterrific reduced the price of their macOS app from $19.99 to just $7.99.

Twitterrific is definitely one of the better third-party Twitter clients for any platform, especially for macOS. If you are looking for a Twitter client for the Mac, this is a deal definitely worth jumping on.

We’ve lowered the price of Twitterrific for macOS from $19.99 to just $7.99. There’s never been a better time to tweet your way! https://t.co/ZmCirZ78Xb pic.twitter.com/eEJ63LCsGp

On Friday, Twitter announced that they are pulling the Mac app from the App Store and ending support for existing users within the next 30 days. The company says that it is discontinuing the app to focus its “efforts on a great Twitter experience that’s consistent across platforms.”

Twitterrific is available to purchase from the Mac App Store. The app requires any device running Mac OS X 10.11 or later and contains no in-app purchases.

SpaceX has delayed the implementation of a new Fair Use policy on Starlink connections in Canada and the U.S. to February 2023, according to an update on the company's website (via Tesla North). The policy, which will institute data caps on Priority Access usage for all Starlink Residential customers in Canada and the U.S. and...
Nehal Malik
3 mins ago