Back in April 2010, just before the launch of the Apple iPad in the USA, a reference to a new iPhone was found within the iPad firmware. At the time, the mystery references were:

Well, ‘iPhone3,1’ became the iPhone 4 but the other two were never really revealed. This week however, the same iPhone model references have been found within the new AppleTV firmware. 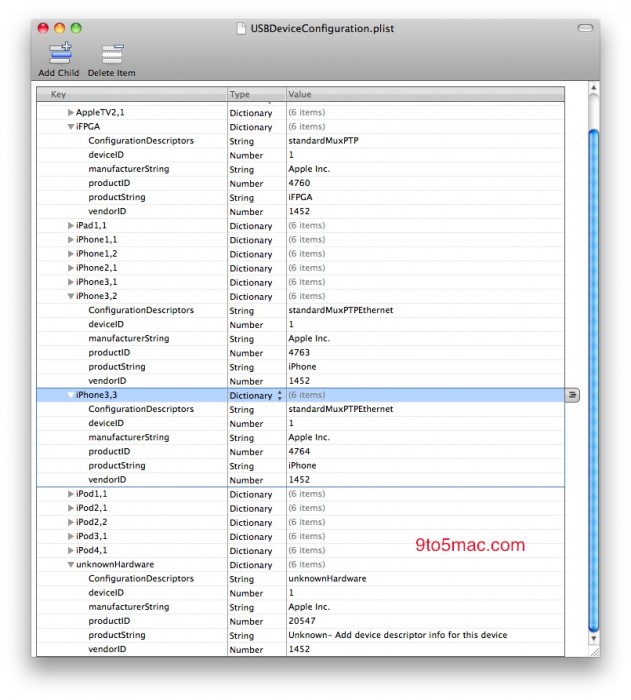 Early rumors indicate that these iPhone devices could be for Verizon in the USA, improved antenna models, or very early production models for next year.

The thing worth noting is that these new iPhone devices should not be very different from the current iPhone 4. By contrast, the iPhone 3GS internal model number is iPhone2,1 and when the iPhone 4 was released, its model number was iPhone3,1. In other words, when that first number changes, it usually means a major change.

What/who do you think these new mystery iPhones are for?