Typo, the Ryan Seacrest-backed iPhone keyboard, which sold thousands of BlackBerry-style keyboards in defiance of a court order earlier this year, has just made a return with an iPhone 6 keyboard. According to Re/Code, the company says their new keyboard has been “designed to avoid incurring the legal challenges” that forced the company’s first product off the market. 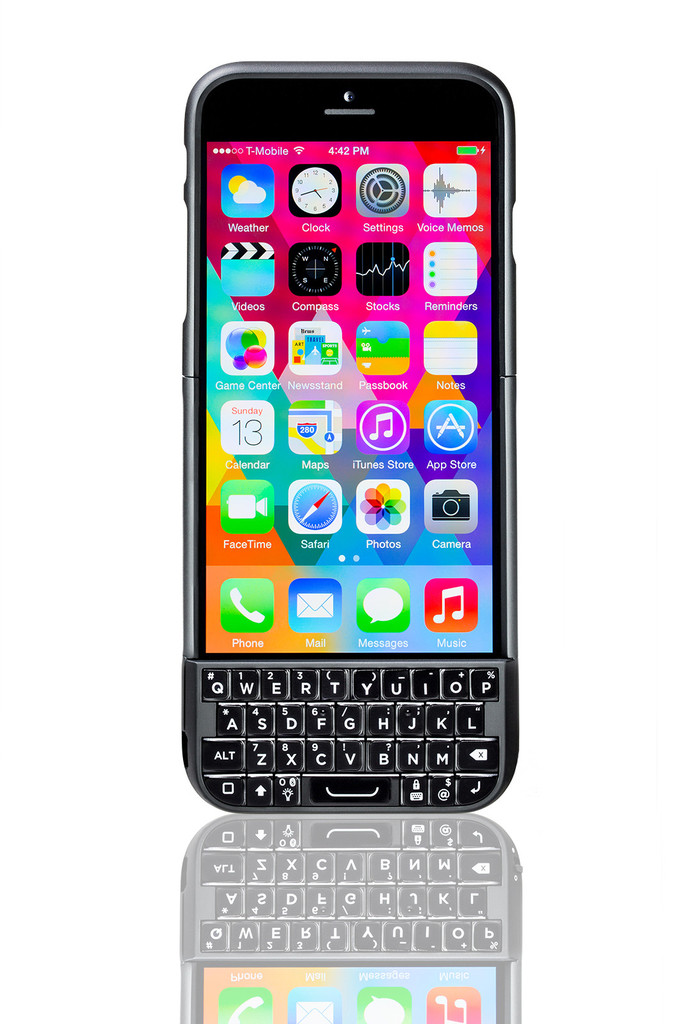 Called the Typo 2 keyboard for iPhone 6, the new product serves a similar purpose as its predecessor i.e to give the iPhone a physical keyboard, however it uses a different design this time around. Company CEO Laurence Hallier said that their latest physical keyboard’s layout is modeled on the iPhone’s own software keyboard. Although the keyboard blocks the iPhone’s Touch ID feature, Hallier said that the “Typo’s core base would rather have the fingerprint sensor blocked and be able to more easily tap out messages”.

Meanwhile, Hallier said they Are working on a new kind of iPad keyboard as well:

“It’s a completely different take on a keyboard for the iPad,” he said. The company didn’t offer full details, but shared a couple of images with Re/code. Hallier said Typo has spent two years working on it and invested over $2 million on the design.

Hallier also revealed the company tried some iPhone 6 Plus designs but found its larger dimensions made an add-on keyboard quite the challenge.

The Typo 2 keyboard for iPhone 6 is now available for $99, which started shipping last week.