A rather ridiculous lawsuit filed in California by Taiwan based Proview Electronics Co Ltd, accusing Apple of “tricking” them into selling the iPad trademark for less than it should have, has now been dismissed by U.S judge Mark Pierce, according to a Reuters report. The judge agreed with Apple’s argument that the two parties had decided to settle any disagreements in Hong Kong. Meanwhile, the China-based portion of the lawsuit is still going on. 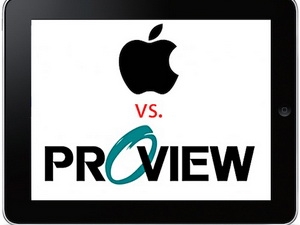 Apple says it bought ownership of the trademark in various countries from Proview, once a global monitor maker, but the Chinese company argues that the U.S. firm dealt with only one unit of Proview and it retains rights to the iPad name in China.

An Apple spokeswoman reiterated the company’s previous statement that Proview is “unfairly trying to get more from Apple for a trademark we already paid for.”

Judge Mark Pierce approved Apple’s motion to dismiss the suit in the Superior Court of the State of California in Santa Clara County on May 4th.