Apple’s iPhone is getting more and more popular among US teens. According to the latest semi-annual Piper Jaffray survey – conducted both electronically and in the classroom – 67% of teens own an iPhone (via CNET).

That’s up 1% from six months ago. Another important highlight of the survey is that 74% of teens intend to buy an iPhone as their next phone, up from 72% recorded last spring.

When analyzing smartwatch ownership, we can see a slight increase from 6% reported this spring, to 9%. Interestingly, the intent to purchase an Apple Watch has dropped significantly from the spring of 2014 – it was 17% at that time – to only 8% this fall.

As the above numbers reveal, Apple’s marketing campaign has been successful – so far. Another fact to underscore the brand’s success is that Apple has moved from a ranking of 11 in the Fall of 2014 to a current ranking of 5. 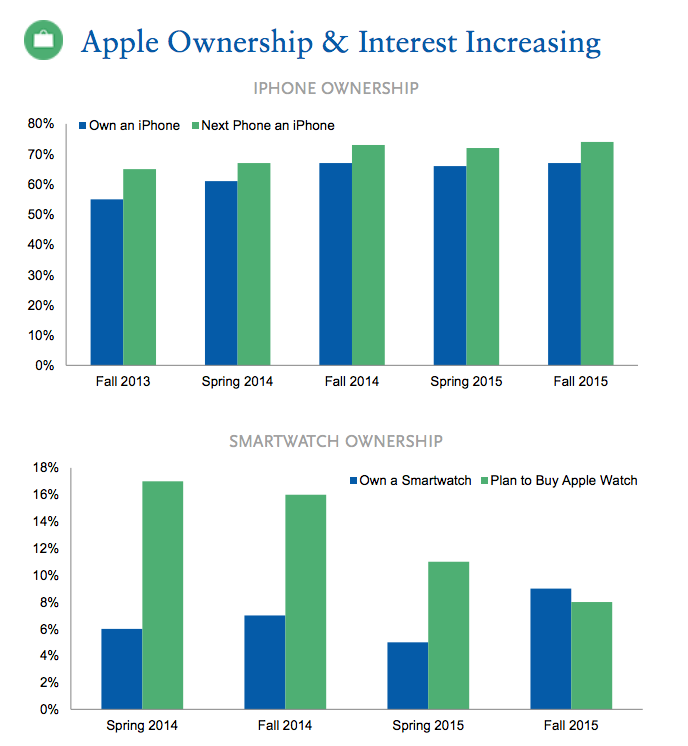