According to a recent survey on weight loss carried out by Life Science Group Zaluvida, nearly 88% of Americans moved less in the last few years due to increased screen time, while 80% blame on-demand meal delivery, ride-sharing services, or shopping apps (via FastCompany). Healthcare professionals are now saying services like Netflix and UberEats are exacerbating weight gain in individuals. 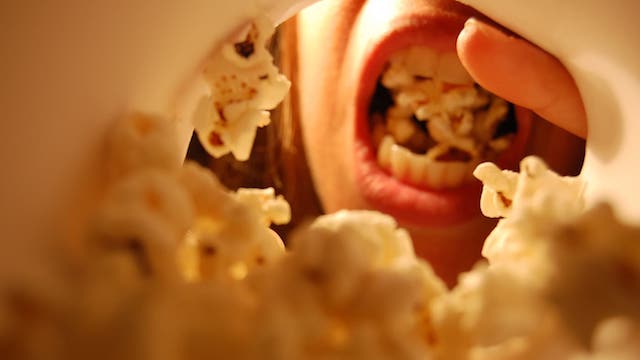 The survey, which involved over 1,000 healthcare professionals and more than 1,000 U.S. adult participants, found that less movement also has significant depressing effects, with over 25% of participants saying they prefer not to be photographed, and or refrain from posting pictures of themselves on social media. Over 40% of adults are actively trying to lose weight, but only 3 in 10 of them believe that they’ll actually be able to achieve it.

“These findings highlight that while the way we live has changed dramatically over the past 10 to 20 years, our approach to weight loss has not evolved sufficiently to address those changes,” said Dr. Frank Greenway, medical director and professor at Pennington Biomedical Research Center in Baton Rouge, Louisiana, in a press statement. “The results underscore that we need to take a step back and evaluate what weight-loss strategies can best set people up for success given the demands of their daily lives.”

Primary care physicians believe that it’s harder today than it was for previous generations to stay fit due to busy lifestyles.