Uber is working on a new version of its mobile app in order to hide surge pricing notifications from its customers, and also to make the app less complicated, The Verge is reporting. For those who aren’t aware, surge pricing is a term used when riders greatly exceed drivers, resulting in heightened fare prices due to the increased demand. Currently, users signing into the app get a pop-up notification that surge pricing is in effect. 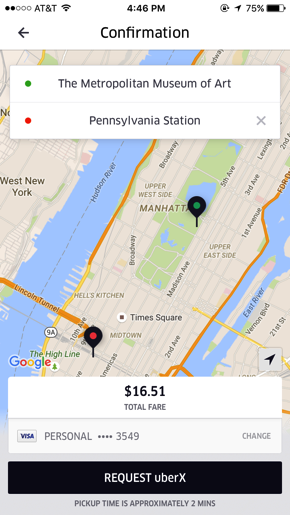 The ride hailing service is now planning to update its app, in which the lightning bolt on the home screen and pop-up box notifying riders that their fare will be multiplied will both be removed. Instead, riders who input their destinations will be presented with a confirmed upfront fare. In case you’re wondering how riders will know when surge pricing is in effect, well the updated version of the app will warn riders with a line of faint text about “increased demand” located under the fare. This is because Uber is assuming that surge pricing is now a permanent part of the experience of hailing a car via smartphone.

“The theory is that riders would prefer to know how much they’ll be paying for their trip, rather than be confronted with an abstract multiplier that asks them to do some quick math in their head before deciding on whether to hail a ride. “No math,” Uber says, “no surprises.”

This new method of minimizing surge pricing seems in-line with Uber’s prior efforts to shift the focus away the unpopular feature. Two years ago, Uber agreed to cap surge pricing during natural disasters or local emergencies”.

The company is currently testing upfront fares in six US cities i.e. New York City, Miami, San Diego, Philadelphia, Seattle, and some parts of New Jersey, and is expecting to roll out upfront fares across the world within the next few months.

Image: The Verge; Sonos Era speaker concept If you’re waiting for new Sonos speakers to launch in 2023, they are said to be coming soon, according to The Verge. The site says 2023 Sonos speakers will be called the Era 100 and Era 300, expected to launch in the coming months. These speakers were previously […]
Gary Ng
17 mins ago