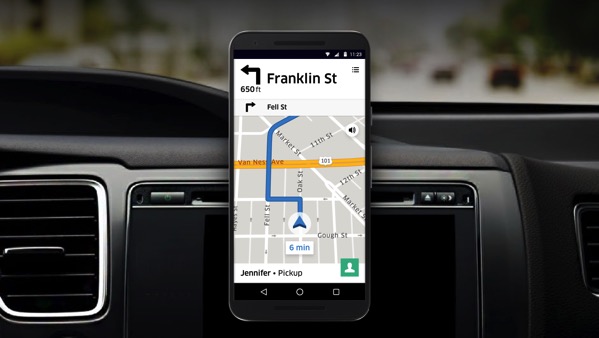 Uber has today announced a redesigned navigation experience on its driver-facing app, with one-tap, turn-by-turn directions starting right away, which not only saves time but also eliminates the need to switch between multiple apps. According to TechCrunch, the new Uber navigation experience is an upgrade from what was available in the iOS driver app, and a completely new addition to the Android version.

As we started rebuilding our navigation, we focused on features to help drivers feel prepared throughout their trip. These included navigation basics such as lane guidance, compound maneuvers, and real-time traffic. We also introduced night-time themed maps to help give drivers’ eyes a break from harsh light during the evenings.

Lastly, we took it a step further with helping drivers feel prepared with features such as Route Preview, which displays the first turn after a pickup or dropoff to ease trip transitions.

Uber previously relied on external routing apps including Google Maps and Waze, and offering a “Navigate” button that would pop drivers out directly into their third-party app of choice. The company’s Maps product team lead Manik Gupta says that the whole project is designed to help improve service in general, offering better routing from point A to point B during a trip.

While drivers can still choose to use their preferred navigation provider, other factors that Uber’s team has considered when developing the app include the average viewing distance, since most drivers tend to have their phones mounted around three feet from their face, so the UI is designed to be easily viewed from that distance.