Uber Express Pool service, which was introduced last year in select U.S. cities including Los Angeles and Philadelphia, is now coming to Toronto allowing riders heading in the same general direction to share a car for a cheaper trip, The Globe and Mail reports. Uber is rolling out an update to its app today to add the new carpooling tier in Toronto. 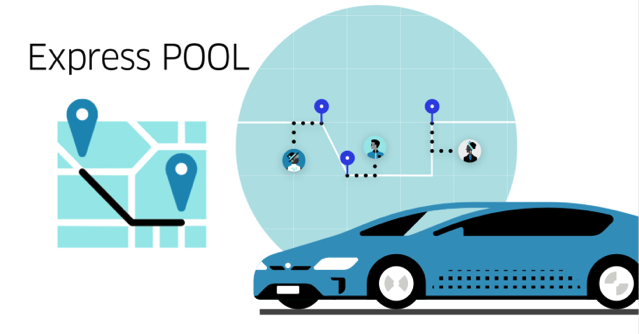 For those who aren’t familiar, the new Uber Express Pool asks riders to walk as far as 250 meters to meet their vehicle on a route designed to most efficiently serve all riders.

According to Uber, the service will cost riders almost 50% less than its standard, UberX service, and will be as much as 30% cheaper than traditional Uber Pool rides. The company revealed that the Toronto region’s Express Pool boundaries will extend to Brampton, Mississauga, Vaughan, and Markham.

“For Pool to work, you need to have a really, really large volume of transactions,” Rob Khazzam, Uber’s Canadian general manager, said during a press briefing this week.

“We have that today in Toronto because the Pool product has been tremendously successful. That’s why we’re doubling down and bringing Express Pool here. I think our hope would certainly be to bring it to other markets in Canada, but it’s probably not a realistic 2018 outcome.”

Uber, however, said that it is unlikely other Canadian cities will see the program soon since the Toronto area is still the only jurisdiction in Canada that has the original Uber Pool option.