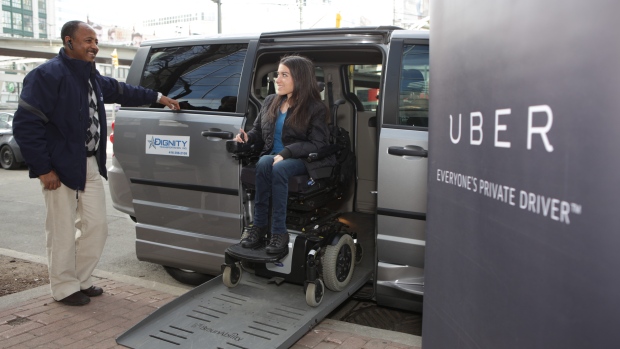 Senior manager at Spinal Cord Injury Ontario Peter Athanasopoulos says that wheelchair users sometimes have to wait for hours and spend exorbitant fees to get rides in Toronto. With UberWAV, it takes just 15 minutes, while taxi fleets can get you a car in 20 to 30 minutes. “We finally have healthy competition within this industry in Toronto,” he said. Athanasopoulos has used UberWAV four times in total since it relaunched in Toronto on Jan. 7.

Athanasopoulos said in the past, wheelchair users were charged as much as a $30 flat fee by cars contracted by taxi companies. Meaning no matter the distance, wheelchair users were spending more than $30 each ride. That turned out to be illegal under the Taxicab Bill of Rights, which states, “Passengers cannot be charged extra because of a disability or for a mobility device.” But the problem persisted, until only recently. “That isn’t happening anymore,” he said. “Because of healthy competition, they can’t get away with scams like that anymore.”

With the city staff currently reviewing Toronto’s ground transportation policy, Athanasopoulos hopes the review comes back saying that both Uber and taxis will be 100% accessible by 2024.