A new Private Transportation Company (PTC) licensing category created under Bill 571, which was passed by Toronto City Council on May 3rd, allows Uber to operate legally in Toronto for the first time ever, The Star reports. The new licensing regime however doesn’t mean the streets will be flooded with licensed Uber drivers overnight, because the application process will take time. Also, all Uber vehicles must undergo regular inspections under the new bylaw. 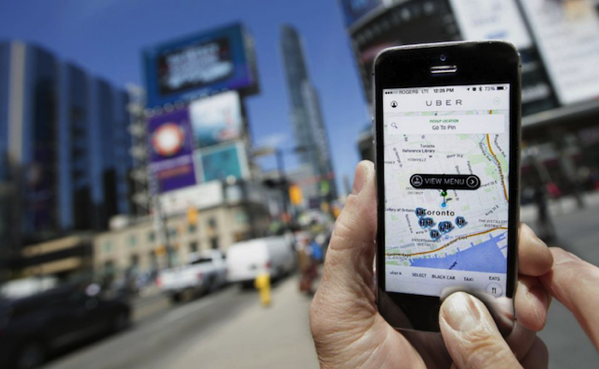 Licensing and standards executive director Tracey Cook said that approvals would take a number of weeks at least, due to the high volume of applications received. Starting today, taxi drivers will no longer have to take city-run training programs, or training for CPR or first-aid. UberX, or any other PTC-licensed vehicle, will be required to have a “sign, decal emblem, symbol or number” displaying the logo or name of the company, while 30 cents will be added per trip to each fare to be remitted to the city.

Uber and other PTCs must maintain a $3.25 minimum fare but can allow for “surge pricing” when the service is busy. Taxis can also use “surge pricing,” but only for rides booked via an app. PTCs must have the same level of insurance as taxis, with a minimum of $2 million liability. A PTC is also required to provide confirmation that the insurance company has been advised the driver intends to carry paying passengers.

As to how the city will handle thousands of PTC vehicle inspections and enforce the new regulations, remains to be seen.