Uber has introduced UberSELECT in Edmonton, which gives customers the option to request sleek and stylish rides with the 5-star service you know and love, at an affordable price.

Starting today, Uber riders in Edmonton can request high-end luxury vehicles without breaking the bank. Especially during the holiday season, uberSELECT Edmonton is a choice you may want to make because it is a time in which you can truly treat yourself to something special for your next Uber ride around the City of Champions.

Many people are curious about how the rates compare between uberX and uberSELECT Edmonton.  When you examine the rate differences, what you see is that the price is not that different, yet you guarantee yourself of a classier ride at a rate that remains very affordable for most passengers.

As you see, the low base fare means that even on those short trips around the city, you will be able to take advantage of uberSELECT without breaking the bank on your transportation costs. 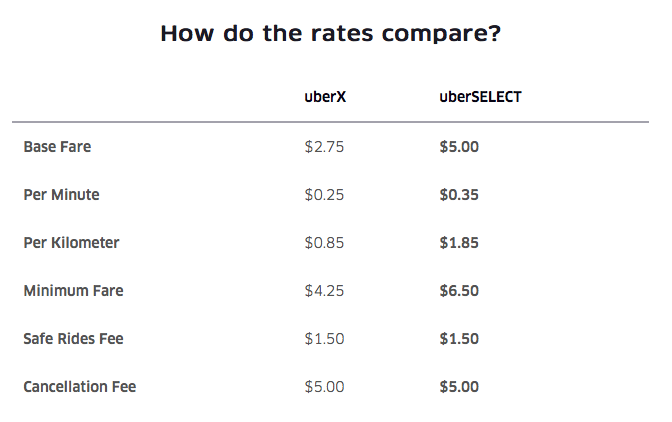 Apple’s Stage Manager multitasking feature in iPadOS 16 is only for tablets with the company’s M1 chip, but that is now changing. According to Engadget, Apple told the publication Stage Manager is now expanding to older iPad Pro 3rd gen and 4th gen models when iPadOS 16 is released later this year. M1 iPad Pro […]
Gary Ng
33 mins ago