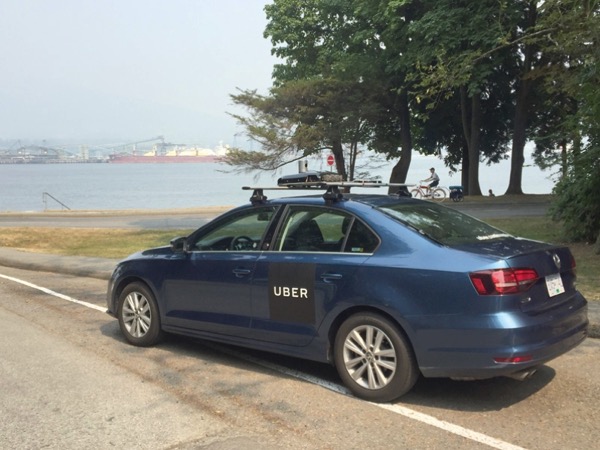 The source notes that people have reported seeing the vehicles in Lower Lonsdale, at busy intersections, and even residential neighbourhoods in North Vancouver. In a recent press release, the ride-hailing firm noted that its mapping program allows it to streamline its service with the most up-to-date information.

“Existing maps are a good starting point, but there are other things Uber needs to know a lot more about, like traffic patterns, building entrance locations, and precise pickup and drop-off locations,” the release reads.

Meanwhile, Uber is preparing for a future in B.C. as it continues to invest in its Metro Vancouver mapping program.

North Shore Taxi general manager Moonyem Mohammad said he doesn’t necessarily take issue with ride-hailing services if there’s a demand for them, but his hope would be they play by the rules. “It should be under an authority and it should be under the same rules and regulations as a taxi,” he said.

Mohammad said he has seen Uber mapping vehicles parked on Lonsdale and elsewhere, but hadn’t noticed any driving around.He added that the wishes of North Shore Taxi and the taxi industry as a whole regarding ride-hailing services, such as Uber, remain unchanged.

Mohammad highlighted regulations when it comes to fare rates, driver safety and, perhaps most importantly, the safety of customers as top priorities.