In an effort to improve communication between drivers and riders and minimize pickup cancellations, Uber Canada is rolling out a new suite of tools including the ‘Spotlight’ feature which assigns a unique colour to the driver that also takes over the rider’s screen, so they can wave it to help their driver locate them (via TechCrunch). 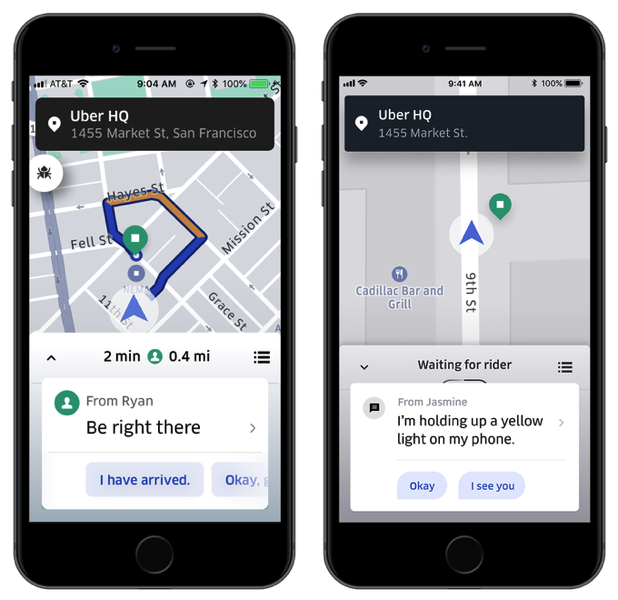 In a crowded situation, such as after a sporting event or concert with dozens of smartphones held aloft, Spotlight will allow riders to use Uber’s app to light up their phone screens with a specific color, giving drivers a clearer sense of which levitating smartphone to look for. Drivers will receive a message so they know which colour to look for.

“When the driver has not yet arrived at the pickup location, there’s this resounding sense of stress on their part, because they don’t know what to look for necessarily,” said Ryan Yu, Uber’s product manager for rider experiences. “All they have is the pin and the address. We’re trying to give them more context.”

The ride-hailing service is also providing a better way to communicate your location to your driver. You can either send a message in the app with an extra detail, like “I’m wearing a red hat” or “I’m standing on the corner,” or you can choose from a list of canned messages like “be right there”.

“Human-to-human interaction is hard. Driver-initiated cancellations after the driver has arrived at the pickup point are particularly stressful. We found cancellations on both sides reduced significantly, especially for drivers after they’ve arrived.”

Lastly, Uber says it now guarantees that all pre-scheduled pickups will be on time. Under the new system, if your driver fails to show up at the scheduled time, Uber will give you $10 that you can put toward your next trip.