A new electric bike and scooter sharing service called JUMP is getting ready to enter the Montreal bike-sharing market this summer. According to Global News, the Uber-owned service will allow users to book a bike in an app, pay by the minute to rent it, and then leave it at a city-installed bike rack. 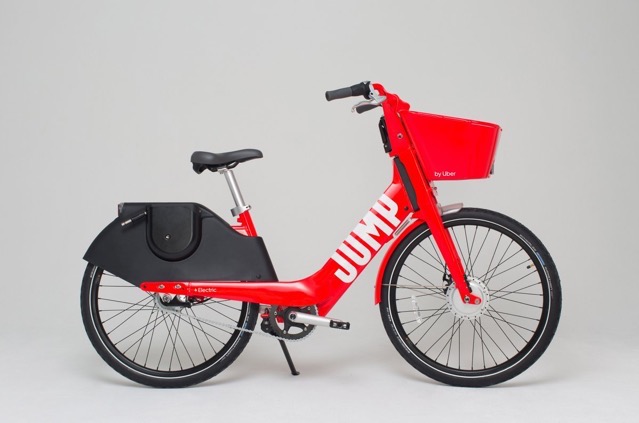 Unlike BIXI, which is currently the only bike-sharing service in the city, JUMP users won’t need to park the bikes at designated docking stations. The Quebec Transport Ministry has been changing regulations to allow the services to come to Montreal, and only yesterday, the municipality announced new regulations for JUMP and Lime, a similar service looking to capture the Canadian market.

You will see electric scooters like this from @jump_rides around #Montreal starting this June or July. Montreal is the first Canadian city to have JUMP. Scooters will be allowed on streets and bike paths, and can be parked in designated zones near intersections. pic.twitter.com/ovpqPmeOMw

“Quebec will be allowing on our streets dock-less bikes and scooters. We decided in Montreal to pass a bylaw so we can control that phenomenon,” said Eric Alan Caldwell, member of the Montreal Executive Committee responsible for transport.

“We don’t want those vehicles to be left around, to be dumped on our sidewalks,” said Caldwell.  “We want our sidewalks to be clear and free. We’re open to that new mobility, but we want to have a clear control for the way they are deployed.”

“We have to be vigilant.  We have to see how it works, and police can enforce those rules,” said Caldwell. Fines will be levied if the bikes are parked anywhere except a city-installed bike rack.

The new bikes are expected to be deployed in May, initially in the downtown core, with electric scooters arriving in June or July.

Apple has recently ramped up efforts to diversify its supply chain and production capacity beyond China in the wake of geopolitical tensions between Washington and Beijing, COVID-19 slowdowns at Chinese factories, and more. However, undoing its reliance on China is going to be a long and hard road for the Cupertino, California-based company. According to...
Nehal Malik
3 mins ago