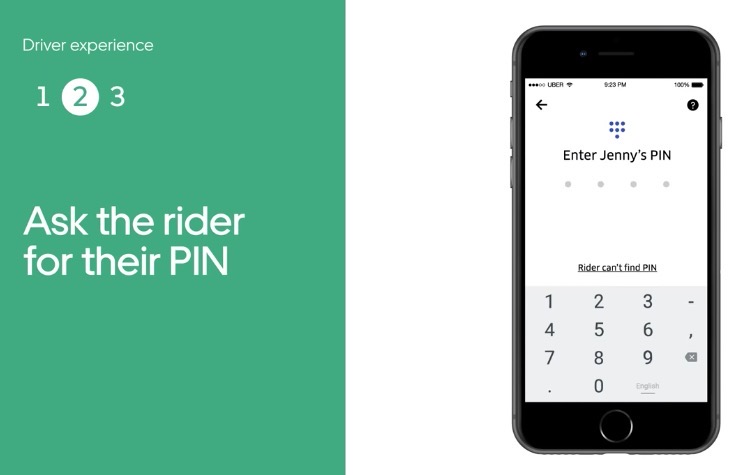 Uber has announced its PIN verification feature is launching today in Canada and the United States for its riders using the company’s mobile apps.

The opt-in feature adds a layer of safety for riders during the day or night. Riders receive a 4-digit PIN, which they can verbally provide to drivers, to begin rides. Without the correct PIN, a trip cannot start unless it’s entered into the driver’s app.

“We are constantly working and innovating to provide riders and drivers with the tools they need to help ensure a safe and reliable experience,” said Sachin Kansal, Uber’s Head of Safety Products, in an issued statement. “This new feature will provide peace of mind that you are getting into the right vehicle.”

The PIN feature can be enabled by going to the Uber app settings and tapping “Verify Your Ride”. Drivers can choose to have the PIN feature on all the time or just at night (9pm to 6am).

Uber’s PIN verification feature was announced back in September and was being piloted in seven cities during the last month.

“The PIN feature is a powerful option for riders that can also benefit drivers,” added Rebecca Payne, Senior Product Manager at Uber, who helped develop this feature. “PIN Verification helps drivers make certain they have picked up the correct rider.”

“This extra layer of verification helps provide riders and drivers with more peace of mind before a trip can begin in the app,” said the company.

Below is a video showing the Uber PIN feature and how it works: