Uber has today announced a bunch of new features aimed at ensuring the safety of both the passenger and the driver including ‘Ride Check’, a feature that is automatically activated on the ride-hailing app if the driver’s smartphone detects a possible accident or an unplanned stop. 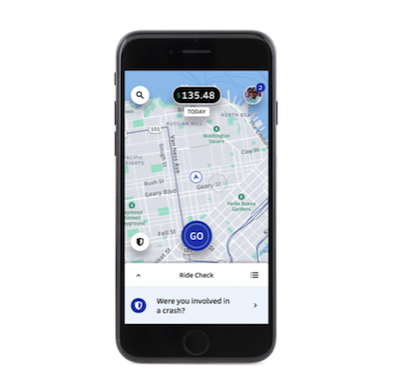 “They can let us know through the app that all is well, or take other actions like using the emergency button or reporting the issue to Uber’s critical safety line,” said Uber CEO Dara Khosrowshahi. The Ride Check feature will activate if the GPS sensor in the driver’s phone notices there’s an abnormally long or unexpected stop during the trip.

Furthermore, a new ‘Hands-Free Pickups’ feature offers drivers a hands-free way to interact with the Uber app so they can accept trips and communicate with customers using just their voice. Other driver safety features include an insurance hub in the driver app and an expansion of Uber’s 911 integration pilot into additional cities.

For passengers, Uber is now going to conceal specific pickup and drop-off addresses in the driver’s trip history.

We’re not just focused on safety in the physical world; protecting your privacy and the security of your data is also important.

That’s why we’ve worked to ensure riders and drivers can communicate through the Uber app without sharing their real phone numbers. Riders can also request trips using cross-streets instead of an exact street address. Today, we’re further protecting riders’ information by concealing specific pickup and dropoff addresses in the driver’s trip history. Going forward, after the trip ends, the Driver app will only show the general area where a trip started and ended, not the address.

Two-Step Verification for account protection has also been added to the app. Uber says that users can expect to see these new safety features in their app over the next few months.

If you thought OpenAI's ChatGPT is impressive, wait till you see what Google has been working on — if the company lets you, that is. Among Google's many endeavours in artificial intelligence (AI) and machine learning is MusicLM, a model the company created to generate original music from rich text prompts (via TechCrunch). Google researchers...
Nehal Malik
57 mins ago