A self-driving car operated by Uber has hit and killed a woman in Tempe, Arizona, making it the first time ever a fatal accident has been caused by an autonomous vehicle (via Business Insider). Uber has since paused all its self-driving-car operations in Tempe, San Francisco, and Toronto, according to WPXI News. 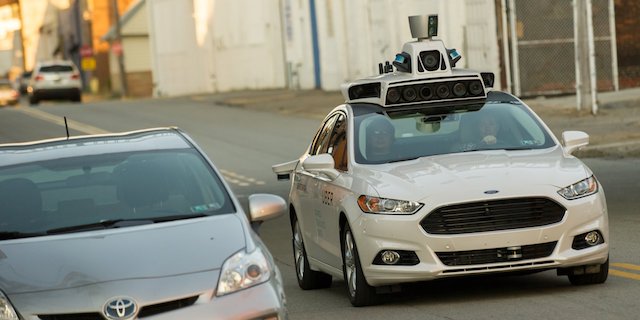 In a statement provided to journalists, the Tempe Police Department said that the vehicle was in self-driving mode at the time of the crash. The victim, who was not yet named as her next of kin had yet to be notified, was walking outside of the crosswalk when she was hit by the car.

Although the exact circumstances of the crash are still unknown, the police noted that there was a vehicle operator behind the wheel of Uber’s car at the time of the crash.

In a brief statement provided to Business Insider, Uber confirmed someone had died and said the company was cooperating with investigators. “Our hearts go out to the victim’s family. We are fully cooperating with local authorities in their investigation of this incident.”

In a statement, the Tempe Police Department said: “We wanted to provide an update to the Uber accident that occurred overnight on Mill Ave. just south of Curry Rd. The vehicle involved is one of Uber’s self-driving vehicles. It was in autonomous mode at the time of the collision, with a vehicle operator behind the wheel. The vehicle was traveling northbound just south of Curry Rd. when a female walking outside of the crosswalk cross the road from west to east when she was struck by the Uber vehicle.”

The woman was transported to a local area hospital where she passed away from her injuries.