In an effort to raise awareness among its customers in Toronto ahead of the opening of the NBA Finals at ScotiaBank Arena on Thursday night, ride-sharing giant Uber has replaced all of its vehicle icons with Toronto Raptors logos (via Driving.ca). 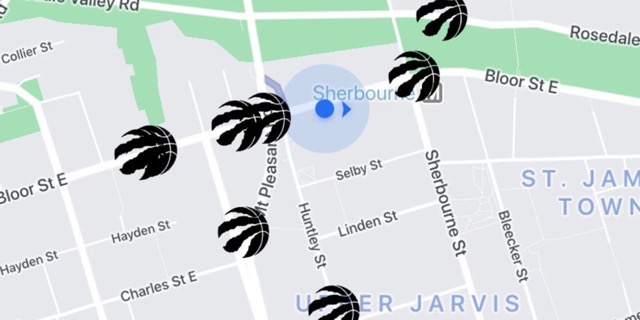 For those who aren’t aware, Uber is the Official Ride of the Toronto Raptors, who are set to face off against the Golden State Warriors at home, the first championship series game played outside of the United States in league history.

Over the next couple of weeks, the ride-sharing app will have plenty of business in the downtown core on game nights as tens of thousands of fans flock to the venue to watch the game both inside and outside at the now famous Jurassic Park.

Team’s ownership Maple Leafs Sports and Entertainment has also granted permission to Mississauga and Brampton to set up their own versions of Jurassic Park to attract the fans.