Its first outside the United States, popular ride hailing firm Uber is launching a new research group in Toronto, which will devoted to driverless car technology, The Star is reporting. The research will be led by Raquel Urtasun, a University of Toronto computer science professor who holds a Canada Research Chair in machine learning and computer vision. 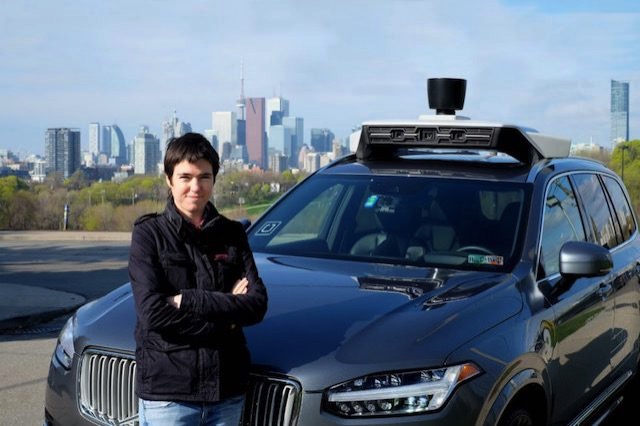 Uber said its new Advanced Technologies Group will hire “dozens” of researchers and engineers in the next few years. Furthermore, the company plans to make a multimillion-dollar, multi-year commitment to the Vector Institute, the artificial intelligence institute that launched in Toronto in March with investment form both government and private sources, including technology companies like Google, Nvidia and Shopify. Urtasun is also one of the founding members of Vector Institute.

“Toronto has emerged as an important hub of artificial intelligence research, which is critical to the future of transportation,” Uber CEO Travis Kalanick wrote in a blog post welcoming Urtasun and announcing the group, praising the Ontario and federal governments for their investments in the field.

Uber has already put semi-autonomous cars on the roads in Pittsburgh and San Francisco, the homes of the other two Advanced Technologies Groups, and more recently in Arizona, but the company has not said when Torontonians might be able to hail a self-driving car.

Eero, an Amazon company, has just announced a new range of WiFi solutions, including eero PoE 6 and eero PoE Gateway Power-over-Ethernet (PoE) devices, for setting up faster, reliable WiFi networks at homes and businesses. The eero PoE 6 is a dual-band Wi-Fi 6 PoE access point that provides up to 2,000 square feet of coverage...
Usman Qureshi
32 mins ago

Amazon today announced at its special event an update to its best-sounding Echo speaker, the Echo Studio. This speaker is now available in Glacier White, joining Charcoal, while it also gets some enhanced audio technology updates, that will be available for all existing and new users. New custom spatial audio processing technology and frequency range […]
Gary Ng
41 mins ago