Today is McDelivery Day, a ‘global event’ where McDonald’s is celebrating its new McDelivery service via UberEATS. Customers were told deliveries could include free McDonald’s swag, and many in Canada believed it would apply here too, considering the fast food chain also included a Canadian website celebrating the promo.

But now it appears free swag via UberEATS is only available in the USA. In Canada, there will be random ‘McDelivery Bench’ locations in Toronto, Montreal, Ottawa, Edmonton and Calgary, with clues given out by the McDonald’s Canada Twitter account.

Of course, this lack of clarity involving the promo has caused many to order McDelivery, only to find out the promo wasn’t valid in Canada, leaving them to vent on social media.

Found the @McD_Canada #McDelivery Bench spot in #Toronto but no bench to be seen. IT'S ALL LIES. #falseadvertising #scam @Uber_Canada

And yet the pdf stating there would be swag alongside ubereats orders was accessible on the Canadian site? Horrible

This promotion was absolutely supposed to be offered in Canada, I have been following it since it was announced. Somebody dropped the ball!

McDelivery launched two weeks ago and since then, McDonald’s has served over 420,000 McNuggets via UberEATS (one order in Montreal saw 200 nuggets ordered), while one Canadian order in Edmonton saw 155 McDonald’s items placed (100 cheeseburgerz, 26 hamburgers, 1 egg McMuffin), while another person ordered McDonald’s via delivery over 30 times (Toronto). 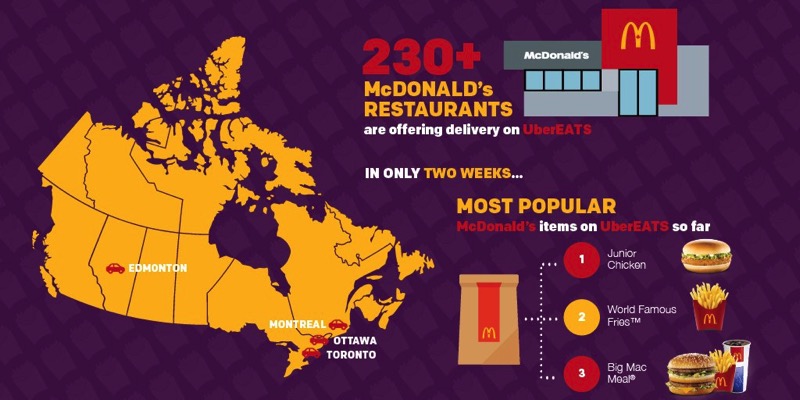 The most popular items from McDelivery? It’s the Junior McChicken, followed by fries and the classic Big Mac. According to McDonald’s, there are now 230+ restaurants supporting UberEATS delivery.

Did you order McDelivery today?

Update: Here’s a picture of a McDelivery Bench shared on the fast food chain’s Instagram. The comments are full of angry people: 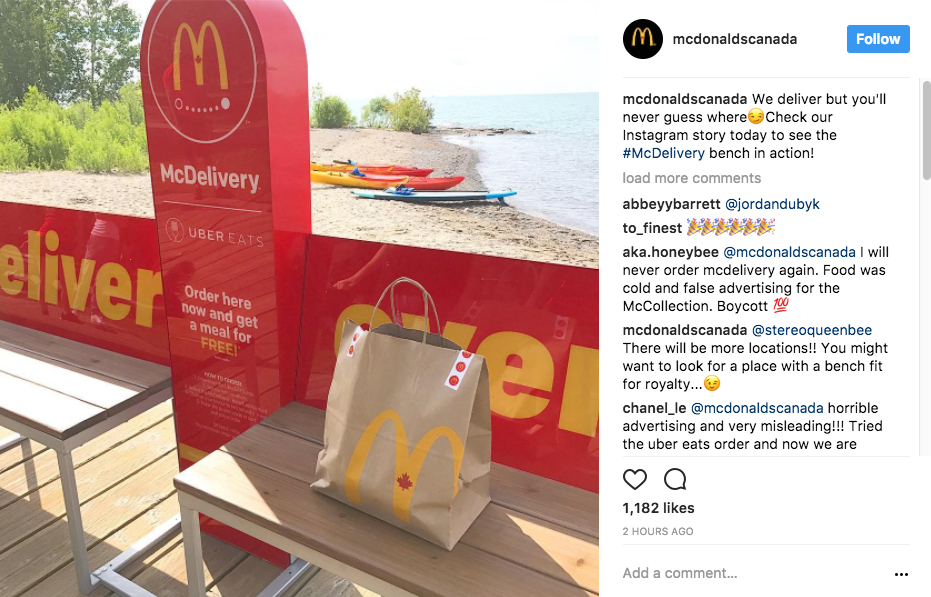 Some users on RFD said they called Uber and complained about this promo, and were promised a refund on their McDelivery purchase.