If you’re in Toronto (update: Ottawa, Montreal, Edmonton and Quebec too) and want ice cream delivered to you and your friends, #UberIceCream is going on right now until 3PM local time. You can get a cold treated delivered by UberEATS “in 10 minutes or less,” however demand will be high for this service, says the company. 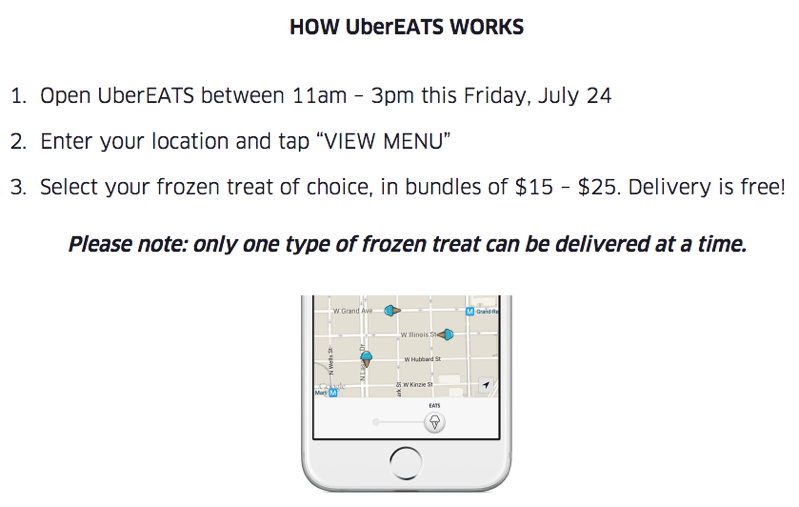 Last year, the company served ice cream in Vancouver, Calgary, Montreal and Toronto similarly in July as away to showcase how easy it is to use the Uber service.

Yesterday, Uber launched its service in Southwestern Ontario (free rides until Sunday!), the same day a class action lawsuit was launched against the company by taxi drivers in the city, seeking $400 million in damages.