Last week, Uber expanded its service in Toronto with the launch of uberHOP, a $5 flat fare service along fixed routes in the city. Today, a report by InideToronto is claiming that residents in the Fort York and Liberty Village area are already loving Uber’s new carpooling service. “It’s been amazing,” said Fort York resident Kerrie Atkins. “I’ve taken it all last week, to and from work, and they’ve all been good experiences”, he added. 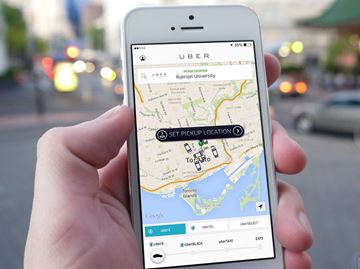 UberHop runs specifically during peak rush hour times to and from the Financial District from 7 a.m. to 10 a.m. and 4:30 p.m. to 7:30 p.m. Users can request a car 10 minutes before their departure time and are given a meeting spot. If passengers don’t arrive on time, the car will leave as scheduled.

The service debuted in Toronto last week with plenty of fanfare as it offered the service for free along with some perks including free coffee and a gift bag. The service takes residents from four nearby areas, which also include City Place and the Distillery District in addition to Liberty Village and Fort York.

The app is seen as a faster alternative to the TTC, as many residents believe their neighbourhood is underserved by transit. Residents in Fort York are often faced with overcrowding and long lineups to board the streetcar, said Vicki Trottier, Fort York Neighbourhood Association president. “We don’t get a seat and we’re near the beginning of the line,” she said. “It starts at Exhibition Place and by the second stop people are often not getting a seat. There’s also bunching, so you’re waiting forever, which makes no sense.”

Having to wait an extra 30 minutes for a streetcar if you miss it is one of the many reasons why Atkins chose UberHop over the TTC. “Sometimes they just can’t time that 509 streetcar right,” Atkins explained. “But with UberHop, I know every 10 minutes I’ll be able to leave.”

The concept of UberHop however isn’t new to some Liberty Village residents, who were familiar with Line Six, a chartered bus service which served as a transit alternative in the area but was shut down due to legal issues involving the City of Toronto.