Uber Canada has announced the launch of its carpooling service, UberPOOL, in Scarborough and Brampton. UberPOOL is essentially carpooling but with Uber organizing the service, allowing riders heading in the same direction to share a ride, initiated from the company’s iPhone app.

The launch of uberPOOL in Scarborough and Brampton means it joins Toronto and Mississauga as other municipalities with the carpooling service. 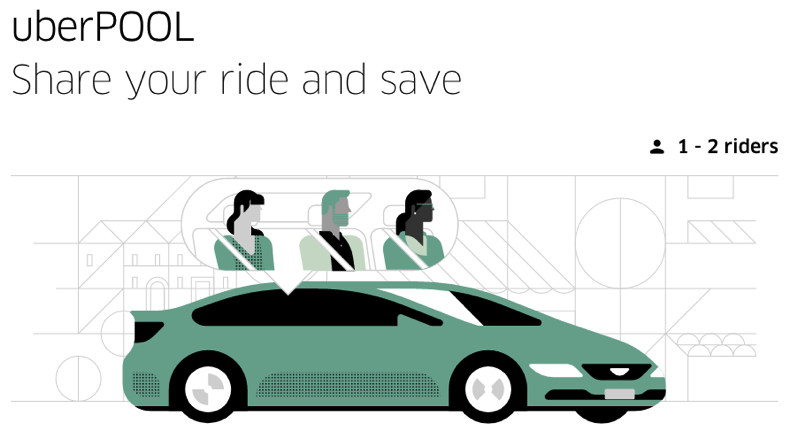 According to Uber, uberPOOL “means less congestion on our roads and cheaper rides for passengers.” When Uber first launched the service in Toronto in 2016, the company says it helped save “more than 4.6 million kilometres driven, which equals to savings of 220,000 litres of fuel and a reduction of over 500,000 kgs of CO2 emissions.”

Sheldon McCormick, General Manager, Uber Ontario, said in a statement, “Today, as we launch uberPOOL, our carpooling service, in Scarborough and Brampton, people in these communities can save money when they share their rides and help reduce the congestion on our roads by putting more people in fewer vehicles.”

The launch today offers $5 flat fares on uberPOOL trips to and from the following transit stations:

Uber emphasizes their technology is helping take more cars off the road with shared transportation, reducing emissions, pollution and congestion, citing how the first 7 months of 2016 alone saw 500 million kilometres taken off the road, thanks to uberPOOL, in cities where the service is offered.