Tired of slumming it with UberX in Toronto? Now there is UberSelect, as announced by the company yesterday. This new service brings luxury vehicles into the Uber service, with vehicles from BMW, Lexus and more but “without breaking the bank.”

UberSelect is the company’s way for customers to “ride in style”, you know, for when you have a hot date and don’t want to pull up in a lunch-bag-beige Toyota Corolla or cherry red Hyundai Pony. 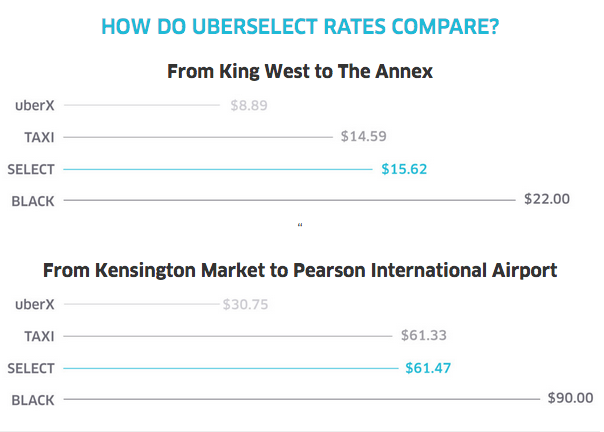 Late yesterday, it was reported the court case between Toronto and Uber has been pushed back until June 1, according to The Globe and Mail. The city’s case against the ride-sharing company is that it’s an illegal service and should be shut down. Unnamed Uber sources claim the adjournment was requested by the city, to give it more time to file extra arguments. The city claims it was Uber that asked for the additional time.

Last week, Uber announced it was officially applying for a Toronto taxi license for its taxi operations only.