Uber has released some UberX stats for its operations in Toronto, which has celebrated its first anniversary in the city. UberX allows drivers to use their private vehicles to pick up customers via the company’s smartphone apps. 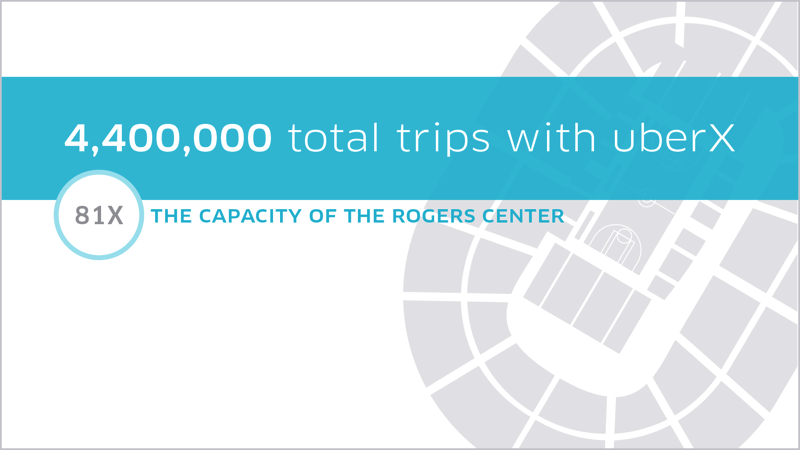 Here are some stats shared by Uber:

Last week, the City of Toronto took steps to regular Uber by dropping starting traditional taxi fares from $4.25 to $3.25, part of a report that detailed how companies like Uber should operate.

The new licensing staff report also detailed the creation of a licensing category and regulatory regime for a Transportation Network Company (TNC), modelled after various U.S. examples. A TNC would require a city license to operate private vehicles for hire, while meeting a certain set of rules and standards.

Sam Moini, of the Toronto Taxi Alliance, told The Star “This will kill us. This report is absolutely the death of the taxi industry.” He also explained the TNC model creates a two-tier system that favours companies like Uber, despite offering the same service as taxis.

Uber spokesman Xavier Van Chau told The Star “We recognize the need to be regulated, and Uber is fully committed to work in partnership with the City in helping adopt and implement ridesharing regulations.”

Currently, 5,000 City-licensed cabs provide 65,000 rides per day versus 17,000 UberX rides per day, according to stats provided by Uber Canada.

Do you take UberX or regular taxis in Toronto?