If you still aren’t convinced with recent rumors, UBreakiFix has more photos of the next generation iPhone’s purported front panel. According to the source, the smartphone and tablet repair company has received these parts from their anonymous distributor. 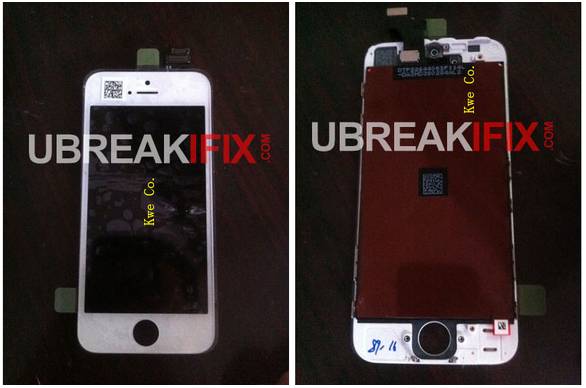 These are yet again more recycled images of what we’ve seen in the past. I would fail to name a unique aspect of this leak. During the end of July a more detailed report featured the same 4″ screen assembly and even a look at the iPhone 5’s internals.

This 4″ screen allows for an additional row of icons on the home screen along with a longer view of each application. Some pictures actually hit the internet earlier this month presenting what applications may look like on the iPhone 5’s longer screen.

So far the prominent announcement date happens to be September 12th. We first learned the detail during late July from iMore. But just a few days ago we learned that pre-orders may begin on the same day, September 12th. With any luck, the pre-orders will include Canada, akin to the iPhone 4S.