If you’ve been dreaming of becoming an iOS developer, now is the time to jump on a massive sale from Udemy, one of the largest and well-known marketplaces for online courses and e-learning.

The current sale lists over 10,000 various courses available for just $10 USD each, only available until March 20, 11:59PM PDT—meaning the sale ends tonight. 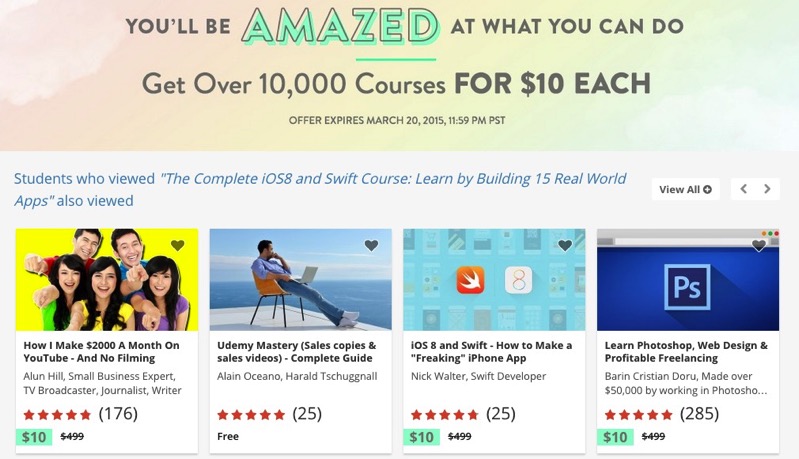 Some of these courses normally retail anywhere from $99 to $499, but you can get them today for just a fraction of the price, up to 97% off. There are a whole variety of different courses, to teach you how to jump start a new business or learn something new.

Some popular iOS development courses include the following, which require no programming experience to start, for just $10:

These courses teach you step-by-step how to create iPhone and iPad apps, so you can easily get started right away, instead of struggling on your own to figure things out.

Click here to jump on these Udemy courses while they’re still on sale for $10 and available—you have until just before midnight tonight (PDT).