Last month UGO Wallet—a collaboration started by TD Canada Trust and PC Financial in 2013—offered a promotion for users that added their loyalty cards to the iOS app. 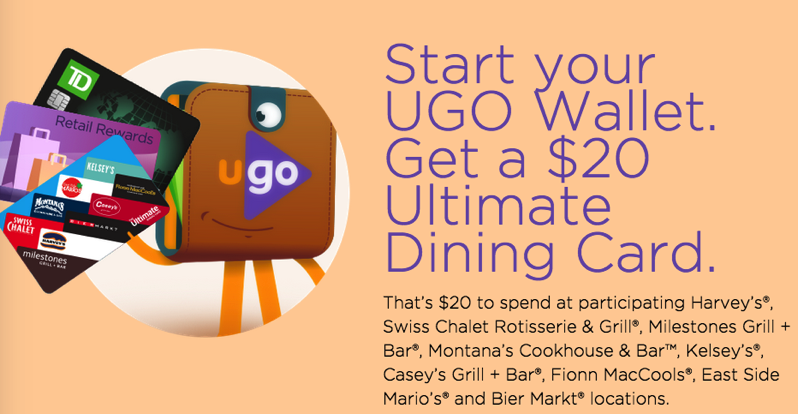 For iOS users, the standalone UGO app only allows the use of loyalty cards and lacks the ability to make mobile payments; select BlackBerry and Android smartphones with NFC can use the app to make payments.

Morley said “We in fact just passed the halfway mark on both accounts,” while he also explained TD started UGO to learn more about smartphones and their use for banking and mobile payments.

Right now, UGO does not charge users, card issuers or merchants fees for processing payments through the app, as their focus is to increase users, as Morley explains “You earn the right over time to be able to charge for services, and I think there are so many different possibilities there.”

With rumours of Apple Pay launching in Canada this November, the UGO CEO said “we welcome the competition,” and also “we see a world, in Canada at least, where there will be a number of wallets,” explaining UGO’s advantage is how it is backed by TD and PC Financial, noting Canadians already trust financial institutions to keep their money safe.

Do you care if your mobile wallet is tied to your bank or not? Apple Pay just extends your credit or debit card to your iPhone or Apple Watch, so you don’t have to reach into your pocket to pay, secured by Touch ID.