As the white iPhone 4 is expected for release this spring (must be any day now!), UK wireless carrier Three is now selling the white iPhone 4 via their online store. The purchase page also lists the device with an “earliest delivery” date for Wednesday, April 20th.

At this time, there have been no confirmations for any of the rumors, so we’ll see what happens in the coming week. 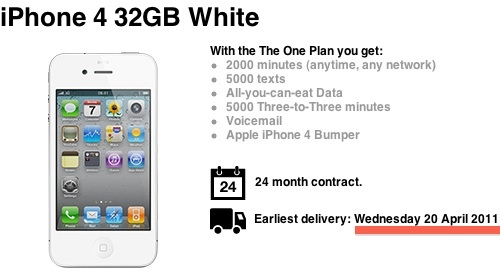