‘Union’ is the Latest Freebie within the Apple Store iOS App

The Apple Store iOS app has yet another free app for you to try, this time being Union, which lets you combine and blend photos to create some pretty creative images. The app retails for $2.29 CAD in the App Store but you can get it free.

How? Easy. Launch the Apple Store iOS app (the retail store app), click on the ‘Stores’ tab along the bottom, scroll down to the first featured area, then swipe to the left until you see Union. From here, follow the steps to receive your free promo code to redeem in the App Store. 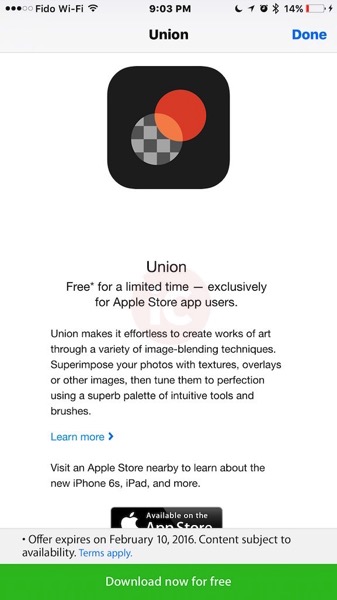 Below are a couple screenshots of what Union can do: 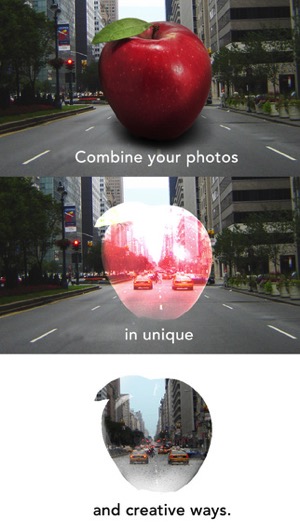 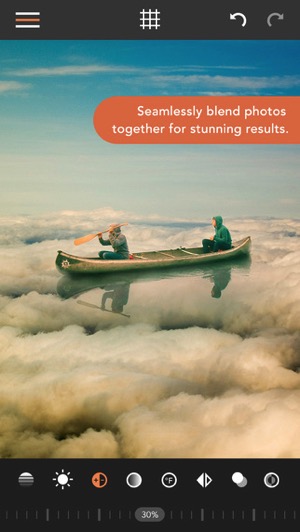 Again, the app is only available for free WITHIN the Apple Store iOS app, not the App Store. Let us know what you think of this freebie!