If things go as planned, iTunes music buyers may soon be able to re-download their music purchases to all of their iDevices.

As many iTunes users are aware, apps can be re-downloaded without having to repay for the download. Music however doesn’t get the same luxury. Instead, music purchases can only be downloaded once and users are charged for re-downloads of the same music they have already bought.

Having the flexibility to re-download music purchases would be great if you find yourself without backups.

The reason this music download limitation currently exists is due to licensing restrictions on music sold through iTunes. Right now, the music labels charge Apple for each music download, even if the user has already paid for the content. Apple simply passes the costs to the user.

People familiar with the issue say that an agreement between Apple and the music labels could be announced near the middle of 2011. This date could coincide with the rumored MobileMe revamp, which could see users storing their content online and enabling multiple streaming devices to access that content.

One potential issue with online streaming however is our data plans, which at least in Canada are expensive and normally provide less data amounts than competing wireless carriers from other countries. 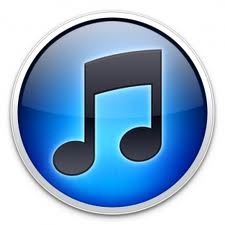