Unlock Your Mac Automatically with ‘Near Lock’ for iPhone 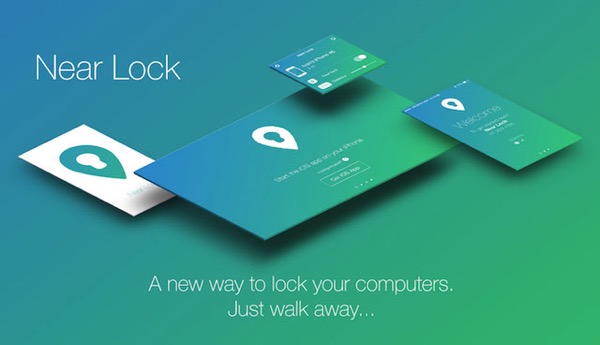 ‘Near Lock’ for iOS and Mac is a great little app that allows users to lock and unlock their Macs with an iPhone, or even an Apple Watch, replacing traditional password logins. When you walk away from your Mac, it will be automatically locked. Once you approach your workplace, Near Lock will unlock your Mac. So the next time you want to lock your Mac, “just walk away”.

Mac app works in tandem with an iPhone app that turns your phone into an authentication device. When apps pair, they create a secure connection between the two and the process doesn’t require opening the Near Lock app. It’s always ready because it uses Low Energy Bluetooth 4.0 so you should be able to leave it on all day without draining your iPhone battery”

The app also lets you set the distance on which your Mac should automatically be locked or unlocked. For additional security, you can also use Touch ID or Apple Watch to confirm each Mac login. There’s also a Notification Center widget for iPhone that provides a quick view of your Mac’s state. And since Near Lock for iPhone includes an Apple Watch app as well, it adds an additional dimension to its functionality.

When we asked Near Lock’s Founder and Developer Filip Duvnjak what sets his app apart from competitors, he replied:

“I like to think it is the most reliable app available – most stable. From the feedback and testing it seems so but you can of course try and compare Near Lock to competitors.

Near Lock provides the most setup options for unlocking your Mac based on proximity. Such as unlocking with TouchID when you approach your Mac. There are further advanced setup option in the iPhone settings – on purpose semi-hidden from our users. We wanted to make Near Lock as simple as possible but still provide an option for our advance users to customize their setup”.

While both iOS and Mac Near Lock apps are available as free downloads, the company is currently offering ‘Near Lock PRO’ as a free in-app purchase (normally $3.99) for the next 3-4 days. You can grab the apps at the following links: