Ahead of Apple’s Worldwide Developers Conference (WWDC) 2018, a new regulatory filing in the Eurasian Economic Commission (EEC) discovered by Consomac has revealed that Apple has registered a bunch of unreleased iPhone models in the database, which may suggest their release in the next couple of months, MacRumors is reporting. 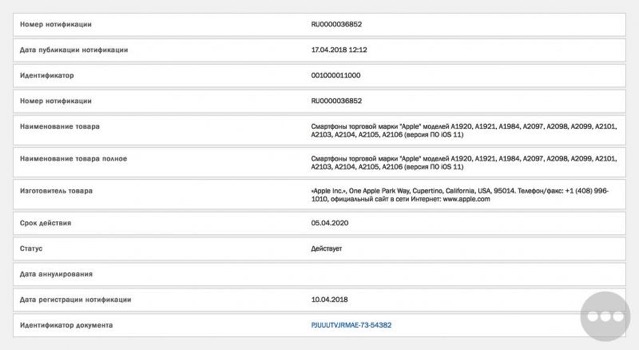 Back in February, two new iPad models were discovered in the EEC database which later turned out to to be the Wi-Fi and cellular versions of Apple’s 9.7-inch iPad unveiled last month. Therefore, there’s a good chance the new model numbers identify new iPhones slated for release around the WWDC event. It must be noted that several new MacBook models announced at WWDC last year, were also registered with the EEC one month ahead of their release.

Rumors suggest Apple will bring a new entry-level smartphone model to market similar to the iPhone SE that will support wireless charging and be released in time for summer 2018.”

Apple’s WWDC 2018 event is scheduled to kickoff on June 4 in San Jose, California.