In the latest episode of PeopleTV’s Couch Surfing, Justin Long, the star of Apple’s award-winning “I’m a Mac/I’m a PC” commercials, talks about the experience of appearing in such an iconic Apple campaign.

With John Hodgman starring alongside Long as the PC nerd, he played the “hip” Mac user in Apple’s ads which showed how Mac users in real life are cool and PC users are lame even though they have access to better computer games. 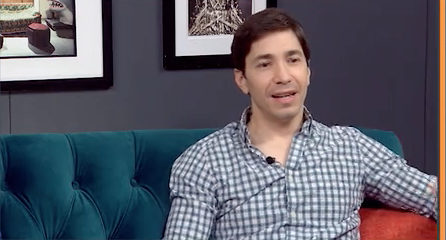 Long reveals that, of the nearly 300 commercials shot, only 66 of which ultimately aired, he “noticed that some of the funniest ones would never air.” Eventually, it was revealed that Steve Jobs would often scrap the funnier ads out of fear they would distract from the actual Apple products.

“One in particular, I remember, Zach Galifianakis played, like, a drunken Santa Claus,” Long recalls. “And [Apple] said, basically, that Steve Jobs preferred when they weren’t super funny….because he thought it would detract from the point of the commercial. He thought if people were too focused on the humor in it, they would lose sight of the product.”

You can watch Long’s full interview at the source page here. Or if you want, here’s nearly 40 minutes of “Get A Mac” commercials.