When is the iPhone coming to the Canada? We don’t know! However, if the following update on the Canadian iPhone Trademark status gives us any hints, it should be here soon. We just don’t know when!

As some of you may already know, a Canadian company named Comcave owns the trademark for “iPhone” in Canada. Comcave is in talks with Apple on trying to settle this name dispute, which has been one of the reasons why the iPhone has not been launched in this great country of ours.

Here’s a snippet of the Canadian International Property Office (CIPO) website, which shows that the trademark application was updated on March 25th, 2008. Looks like there will be a final report on this sometime this summer around June. Pretty interesting stuff–let’s see how this will play out: 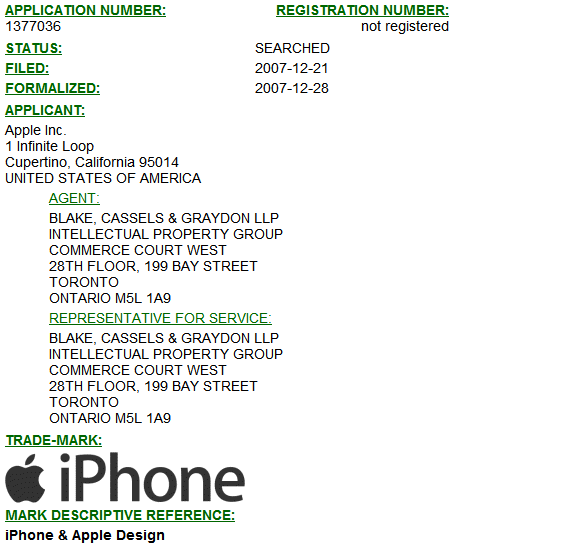 Thanks to iPhoneWorld for the heads up!