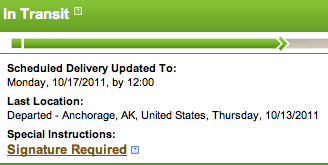 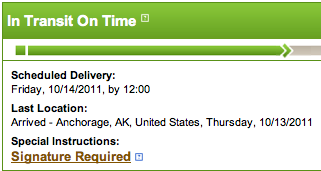 There is a god!

iPhone 4S orders from Apple have already shipped and tracking numbers have been emailed out. The question remains whether shipments will arrive by tomorrow for the iPhone 4S launch, or if Apple’s estimated arrival of October 19th is just an inflated date.

It now appears UPS is confirming to Canadian customers via twitter and email that iPhone 4S shipments will arrive by tomorrow, as seen below: 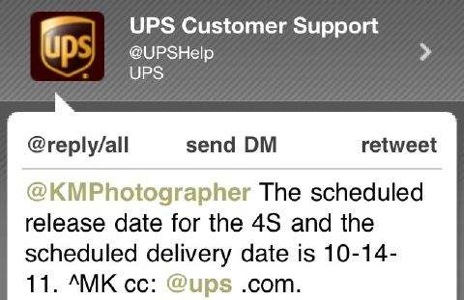 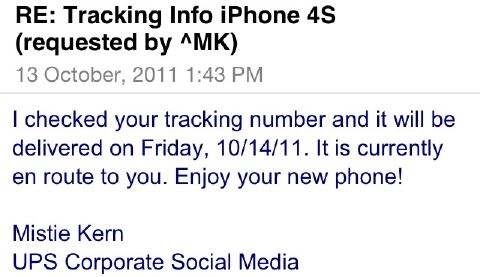 This will depend on how quickly UPS will be able to ship packages tomorrow. Hope you’ll be home to sign for it!