According to mobile analytics firm Opensignal’s latest analysis, users’ mobile experience in Canada varies greatly depending on proximity to urban areas demonstrating that a clear divide continues to exist between the urban and rural mobile network experience. 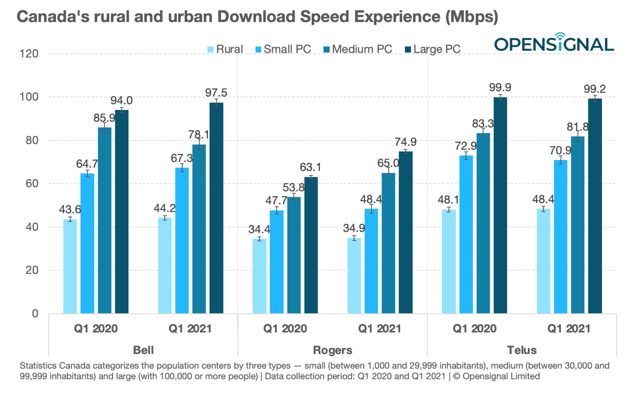 While Canada’s national mobile operators have launched 5G in multiple cities, many rural users will likely wait a few more years before they see a 5G connection. As a result, rural users are getting average download speeds less than half than those of those users in Large Population Centers (Large PCs) on all three carriers.

The gap in Download Speed Experience between rural Canada and its large PCs has accentuated further on Bell and Rogers one the past year, while that on Telus has shrunk slightly.

However, users in rural Canada still have lower 4G availability than those in Canada’s more populated urban areas. Moreover, there is little difference in 4G availability between small, medium and large PCs.