Urbanspoon, Made Famous by the iPhone 3G, Acquired by Zomato

Urbanspoon for iPhone debuted when Apple introduced their App Store back in 2008 and was prominently featured in an iPhone 3G ad, which helped vault the app into stardom. 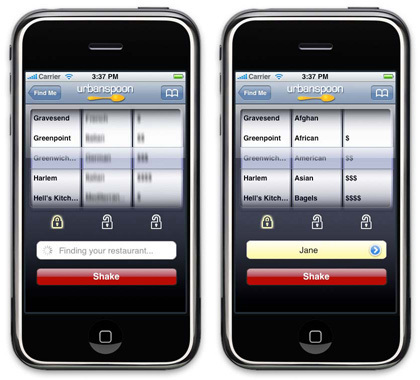 Yesterday, Urbanspoon announced it had been acquired by India-based Zomato and would be joining forces together:

We’re excited to combine our strengths and provide a better experience to users of both the Zomato and Urbanspoon platforms!

Over the coming months, the Zomato and Urbanspoon teams will be working closely to integrate Urbanspoon’s listings, ratings, user accounts and more into the Zomato system. We think this transition will be hugely beneficial to our current users as they will get to enjoy the beautiful design and usability of the Zomato website and mobile apps combined with the features they know, love, and expect from Urbanspoon.

According to the Financial Post, sources note the acquisition was in the neighbourhood of $50-60 million US. Zomato Founder Deepinder Goyal said “The integration of these two products will bring the best of both to our users in Canada, the U.S., as well as the rest of the world.”

Zomato, which covers 60,000 restaurants in Canada, plans to invest $10 million here, with plans to expand operations across the country, with their team here “growing up to 300 to 400 people” possibly, noted Goyal.

Urbanspoon’s well-known ‘shake your phone’ feature will be transitioned over to the new Zomato system, as part of the plans to bring the former’s users over to its own site and app. The move looks to bring competition to Yelp, which has a strong presence in markets “from Vancouver to Calgary to Toronto”, according to Yelp’s senior manager of local business and outreach, Morgan Remmers.

Combined, both Urbanspoon and Zomato look to bring up to 80 million visits per month to the latter’s site, plus cover over 500 cities worldwide, along with over 1 million restaurants and a combined 31 million app downloads.

Adam Doppelt was one of the original members of the Urbanspoon team. Years later when Urbanspoon for iPad was built, he emailed Steve Jobs for feedback. The former Apple CEO responded with “I think the UI isn’t so good.”