Last month, Vancouver Police wrote 1,969 tickets for distracted driving, part of a campaign which began on September 1st, throughout the city of Vancouver.

Distracted driving, according to the VPD, is one of the leading contributing factors of traffic deaths in British Columbia, surpassing impaired driving. 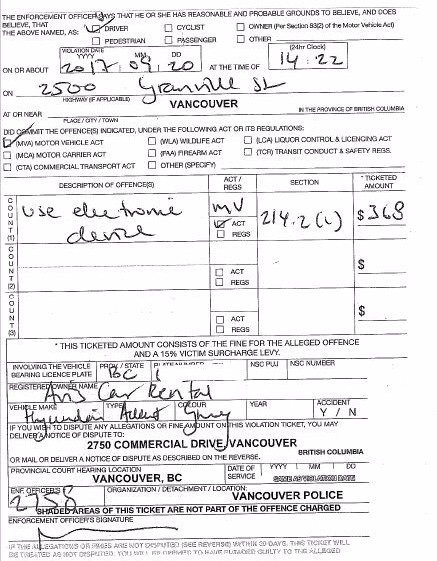 “If you know someone who just won’t give up their phone while driving, maybe you can have some influence,” says Sergeant Jason Robillard of the Vancouver Police, in a statement. “We have at least 1,969 reasons to remind our loved ones to pull over or leave the phone alone while driving.”

In September, officers heard some wild excuses for distracted driving given by drivers, such as:

Sergeant Robillard says while the cost of a ticket for using an electronic device in B.C. is $368, it is “nothing compared to the cost of losing a loved one. It’s time to take a break from your phone.”

iOS 11 comes with a Do Not Disturb While Driving mode, which disables all incoming notifications while driving, and should be enabled for everyone in your family who drives with an iPhone.