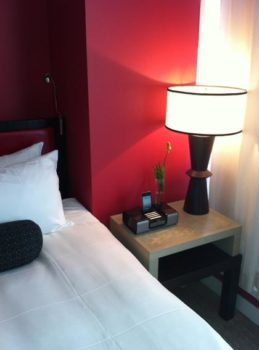 Vancouver’s posh Opus Hotel has removed the traditional room phones and replaced them with a customized iPhone. The customized iPhone provides one touch access to all of the hotel’s different departments. The Opus is the first hotel in Canada to offer this service.

Opus Vancouver’s general manager, Nicholas Gandossi said, “Technology is a way of life today, not just a perk, and that holds true even while traveling.”

Adding technology to its rooms is not new to The Opus in Vancouver. In March of this year they equipped every room with a “Virtual iPad Concierge” and Telus’ Optik TV.

Guests will also receive free unlimited incoming calls on the iPhone. The guest is also able to make local calls at no charge thus eliminating having to pay roaming charges by using their own phone. Guests are free to take the iPhone with them as they explore Vancouver. The one touch access to the hotel’s different departments allows the guest to use the hotel services while out on the town.

Once the guest has checked out, the iPhone is wiped clean and made ready for the next guest to check in.

What do you think of this? What other uses do you see for the iPhone?

Update 1: Here’s a picture of the setup at Opus Hotel: 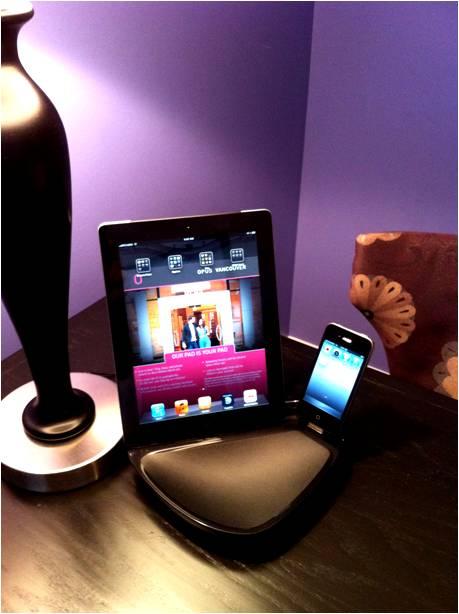